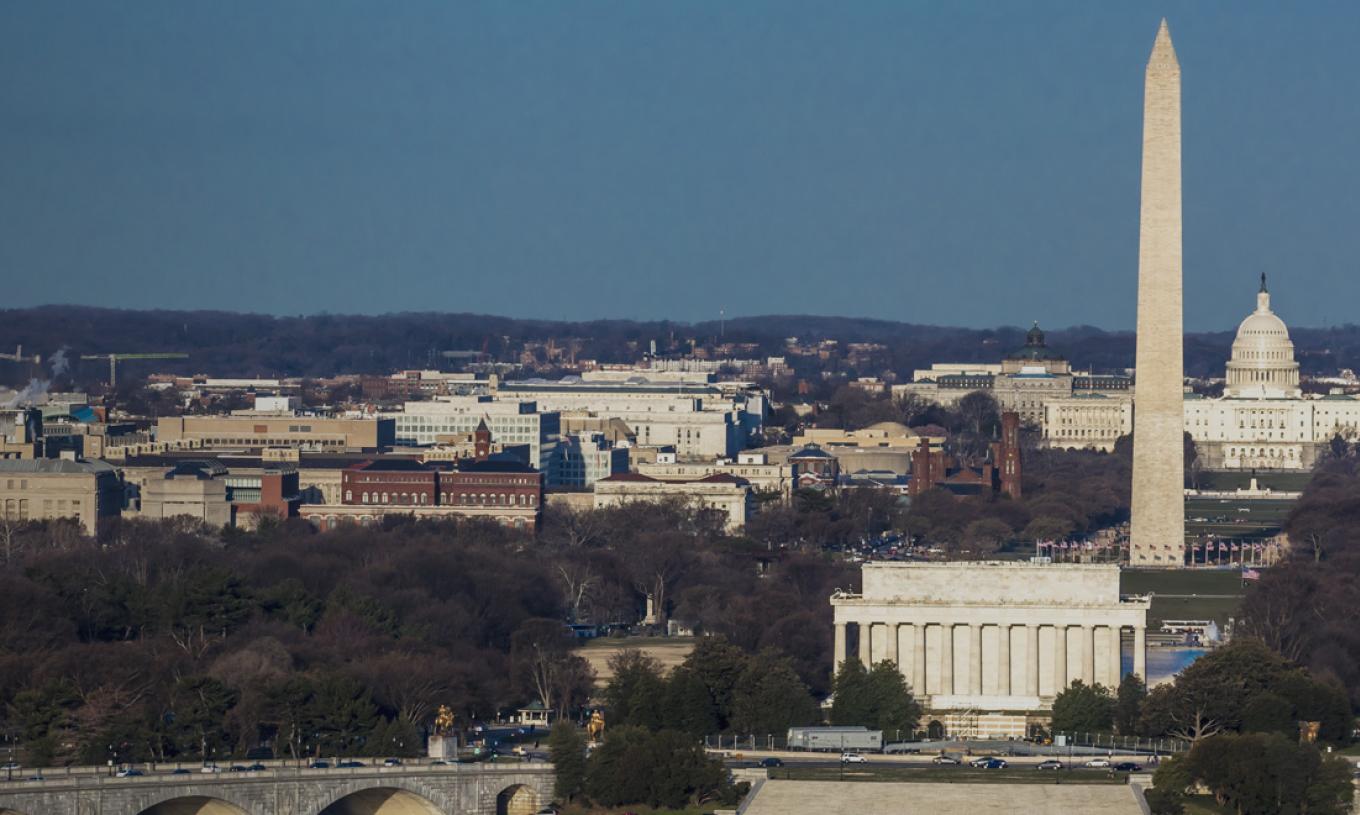 It is America's most infamous address, a place where fantasies come to life--and anything goes. But behind the security cameras and stonewalls of the Playboy Mansion are secrets. Go inside the stately residence to reveal the secret places, decadent gatherings, and special indulgences usually reserved for beautiful women and Hollywood's elite. How hard is it to get an invitation to the Playboy Mansion? How did Hugh Hefner transform the Mansion into a palace of pleasure? Who is the most notorious guest? What does it take to protect the Mansion for outside intruders? Home to one of the world's most private of public figures, the Playboy Mansion is a sanctum of secrets.
1638259200 2021 11 30 3 00
300a

They are the most advanced and heavily protected vehicles ever built--operated by technicians prepared for the worst. But behind the bullet proof glass and armored plating of the President's fleet of vehicles are secrets. Travel by land, sea and air to explore the special construction, elite training and secret weapons that protect the President when he's on the move. Who's in charge of the President's safety on Air Force One and Marine One? Why is the Presidential Limo called "the Beast"--and who gets to drive it? What kind of defensive and offensive capabilities does the Presidential bus, known as Ground Force One, have? No matter what form of transport, moving the President safely requires the utmost secrecy. Secrets that have remained untold...until now.
1638342000 2021 12 01 2 00
200a

It is America's most powerful police force--made up of an elite team of Special Agents secretly patrolling the nation--and the world. While its patriotic mission is public knowledge, the FBI's tactics are classified. We'll go undercover to reveal the secret training, special operations and state-of-the-art tools used in today's 21st century crime fighting. How far can the FBI go to prevent crime and protect Americans? What are ghost agents, and how are they used for undercover surveillance? Who is the most notorious double agent? How has the internet changed the way the FBI works? While its global reach and sophisticated technology helps keep America safe, the FBI's greatest strength is its ability to keep its crime fighting tactics secret...until now.
1638345600 2021 12 01 3 00
300a

It is the most prestigious military academy in the world. A place where cutting-edge technology converges with battle-proven tradition. But inside this launch pad for the Army's elite are secrets. Go inside the 200-year-old university to uncover the complex selection process, secret rituals and traditions and special training that each cadet experiences at the renowned institution of military might. How hard is it to get into West Point? What is the Honor Code, and what happens if a cadet breaks it? Who are the most famous--and infamous academy alumni? What special training goes into making cadets military leaders for the 21st century? West Point is where presidents, world leaders, and the Army's bravest officers are taught, trained and entrusted with some of the nation's most important secrets. Secrets that few outside the academy know... until now.
1638428400 2021 12 02 2 00
200a

They are top-secret missions manned by specially trained intelligence and military elite. Covert operations using unconventional tactics outside the standard protocol. This episode uncovers the clandestine activities and state-of-the-art training of the U.S. Special Forces that undertake the most dangerous surveillance, reconnaissance, and intelligence collecting missions on Earth. What makes a mission a Black Operation or Black Op? Who approves a mission--and how much does the President know? What secret training prepares a soldier for these life and death assignments? How is the CIA involved in Black Ops? From cloak and dagger spy games to hand-to-hand combat, Black Ops are shrouded in secrecy...until now.
1638432000 2021 12 02 3 00
300a

It is the epicenter of America's military operations... a five-sided fortress with a single purpose--to defend the United States and its citizens. But behind the concrete walls and re-enforced windows are secrets. Enter the headquarters of the U.S. Department of Defense and explore the complex operations and top-secret business conducted at the largest low-rise office building in the world. How did the Pentagon get its unusual shape? How many people work at the Pentagon? What covert intelligence gathering organizations operate within the military compound--and how are their secrets protected? What top-secret information was compromised from the attack on September 11th? How quickly did the building and its tenants get back to business as usual? For seven decades, the Pentagon has been an icon of American strength and military excellence. But more impressive than the building itself are the secrets held there...until now.
1638514800 2021 12 03 2 00
200a

The notion of a universe inhabited by alien creatures can be found just about everywhere in American popular culture. But could mankind really have been visited by alien beings from other worlds? And might the truth have been kept secret for centuries? Ancient Astronaut theorists Erich von Daniken and Giorgio Tsoukalos, along with Apollo 14 astronaut Edgar Mitchell, journalists, scientists and government officials explore the mainstream resistance to the idea that aliens have been visiting the Earth for centuries. Has the United States government conspired with other nations to hide the facts about mankind's extraterrestrial past? Could there really be a global cover-up of ancient alien activity? One that shields the public from a profound knowledge that, if revealed, could shatter the very fabric of our civilization?
1638518400 2021 12 03 3 00
300a

They are the original domestic terrorists, hiding underneath white hoods and flowing robes, and taking cover in the rights and freedoms that they are actively seeking to destroy. The Ku Klux Klan--although officially considered by the U.S. Government to be a racist organization--is not an illegal one. And while objectionable to most Americans, its philosophy of racial intolerance is protected as free speech under the First Amendment. But just how large, powerful, and dangerous is the Ku Klux Klan? This episode exposes the nearly 150 years of KKK history and the many attempts to discredit the Klan's demands for segregation and white supremacy. Johnny Lee Clary, once the Imperial Wizard of the White Knights of the Ku Klux Klan in Mississippi, shares inside knowledge of the Klan, including the secret handshakes, secret greetings, and the secret goals of the modern hate group.
1638601200 2021 12 04 2 00
200a

There are nearly 200 neo-Nazi groups currently operating in the United States--and they are strongly allied to a loose network of numerous other "white and Aryan power" hate groups. Although the U.S. government covertly monitors American Nazis--their racist beliefs and recruitment activities are not illegal. Where did they come from? Who are their members? And what is their secret agenda? We'll reveal how sympathy for Hitler has grown into a violent subculture of "white power." Past and present Nazi members, journalists, academics and law enforcement experts describe the United States secret Nazi past and the present day inner workings, secret meetings and manifesto of this dark sub-culture. Did the American government's efforts to get Nazi intelligence after the war really sow the seeds for the white supremacy hate groups we see today? Could this diabolical movement infiltrate our institutions, our government, and our everyday lives?
1638604800 2021 12 04 3 00
300a

They are secretly stalking America's streets and highways, hiding in plain sight and compelled by one simple motive: the thrill of taking another person's life. Since the 1970s, the United States has produced an estimated 1,400 serial killers--more than double the combined total of the rest of the world. What causes a seemingly normal human being to engage in serial acts of murder? This episode uncovers the psychological, biological and sociological make-up of these dangerous murderers. Why do they kill? How can they be identified and stopped before they strike? Former FBI profiler Clint Van Zandt, criminal psychologists Eric Hickey and Helen Morrison, journalists, scientists and law enforcement experts reveal the secret motives of serial killers like "BTK Killer" Dennis Rader and Jeffrey Dahmer--and explain why Ted Bundy, Donald Harvey "The Angel of Death" an the "Grim Sleeper" Lonnie Franklin Jr. were able to evade capture for years while they amassed a shocking number of victims.