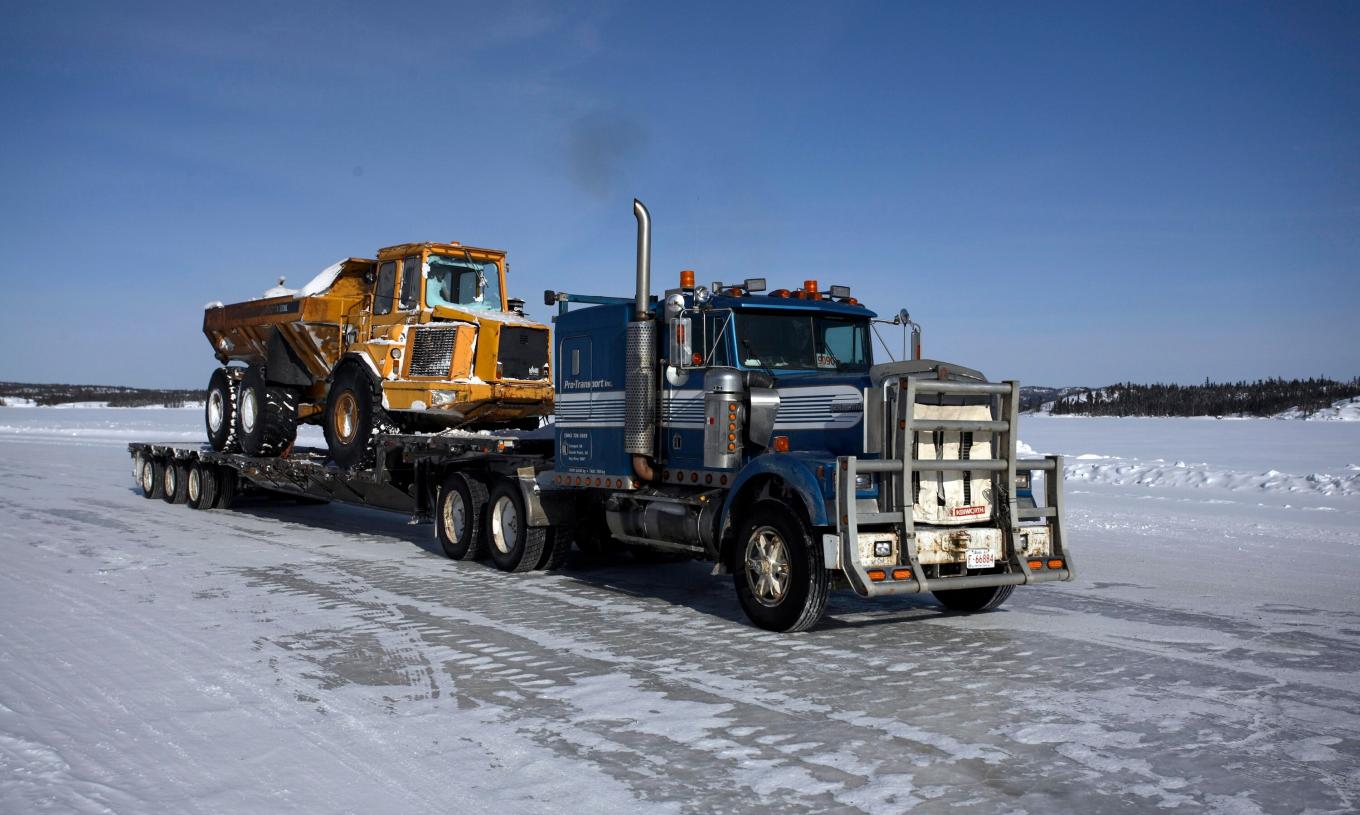 As the ice roads melt away, Polar and VP Express are neck and neck in the load count. Racing to come out on top this season, both Polar and VP take on a late season mission to the remote village of God's Lake. Every driver joins the massive race, hoping their company comes out on top. But with the roads melting, getting in is only half the battle. Every driver must make it off the roads before they melt away or risk losing their truck and cargo to the Manitoba backwoods. It's the final dash for the cash, and only one company can win the load count.**Please be advised that this program has Product Placement.**
1670382000 2022 12 06 22 00
1000p

As the season opens, the race begins for VP Express and Polar Industries. This year both companies face a much bigger adversary, the Polar Vortex, bringing with it the worst winter conditions in a century. With the storm only days away, it's a race for loads. Lisa Kelly and Darrell Ward return to lead team Polar to victory, while Art Burke and Todd Dewey both set out to prove to the boss that they can deliver with the best of them. Meanwhile, at VP Express, seasoned pros and former rivals Alex Debogorski and Hugh Rowland join forces and head out into the frozen frontier.
1670464800 2022 12 07 21 00
900p

It's a race against Mother Nature as the ice road truckers rush to get critical loads delivered while the storm of the century approaches. Lisa and Art face a deadly shutdown on the ice, while a feud between Darrell and Todd threatens to rip team Polar apart. And a heavy pad on thin ice has Alex searching for divine assistance.
1670468400 2022 12 07 22 00
1000p

A brutal storm descends on the winter roads, and frozen hell comes with it. Blinding winds, driving snow, and bone-chilling cold assault the ice road truckers as they fight their way through the storm of the century to deliver their critical cargo. But even the toughest truckers on the planet are no match for Mother Nature, and losing this battle might cost them their lives.
1670551200 2022 12 08 21 00
900p

With Darrell's new company on a roll, he calls in a surprising reinforcement, but can this new team member hack the treacherous ice roads. A brush with near disaster could cut Hugh's season short. And, Lisa and Todd convoy into unchartered territory on a privately built, unmaintained road through the frozen frontier.
1670554800 2022 12 08 22 00
1000p

Icing on the Lake

Darrell continues teaching Reno how to drive the ice roads, but Dad's overprotective ways may be too much; Art gets some royal help on a trip far north; faulty wiring could sink Alex's cement load; Lisa and Todd hit a road block in their race to keep Polar in the load count competition.
1670637600 2022 12 09 21 00
900p

A defection in the ranks takes the battle for the winter roads to a whole new level. Hugh hatches a plan for VP Express to crush the competition, hauling the most lucrative load to date across treacherous terrain. The pressure is on Todd and Lisa to up their game and push further out into the frozen frontier.
1670641200 2022 12 09 22 00
1000p

With temperatures on the rise, conditions on the ice roads quickly deteriorate. The truckers from Polar and VP Express are pushed to the brink, crossing thin ice on their way to deliver critical loads. Lisa and Todd go where no other trucker this season has gone before, tackling a remote road that's completely untouched. After cutting ties with Polar, Darrell races to deliver loads to make up for lost time. Art's mishaps on the ice roads could cost him his job.
1670896800 2022 12 12 21 00
900p

Lisa and Todd embark on one of the toughest missions of the season, tackling an untamed trail dubbed the 'Highway to Hell'. Darrell Ward steals business out from under his former boss at Polar Industries. A crash could mean the end of Alex's trucking season.
1670900400 2022 12 12 22 00
1000p

A monster storm brings record breaking snowfall onto the winter roads. Polar drivers Darrell and Todd try to muscle through, while the rest of the team fights to survive, stranded in the wild with no help in sight and no hope on the horizon. Meanwhile, despite frigid temperatures the war between VP Express and Polar reaches a boiling point.