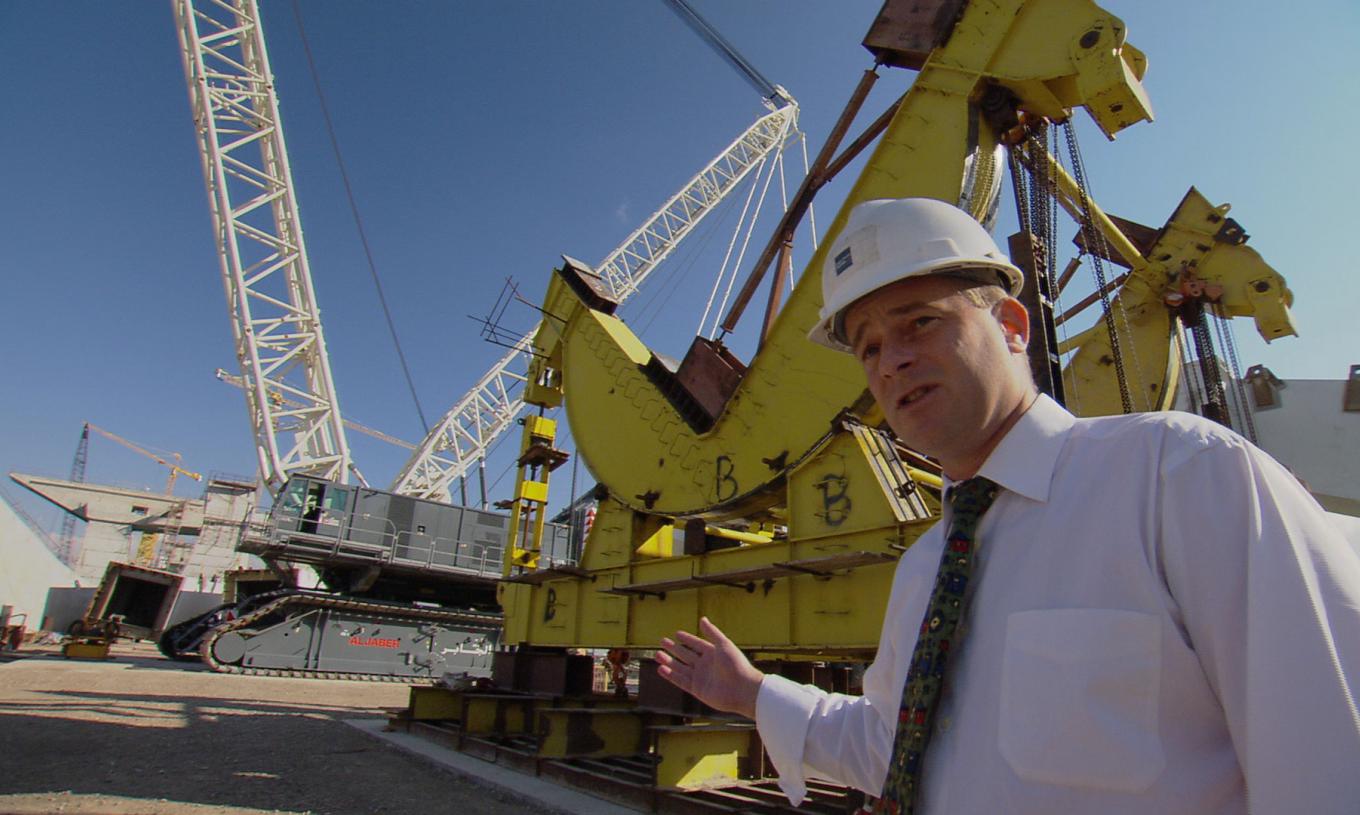 The city of Madrid has hired a team of top-notch German engineers to design the only tunneling machine in the world big enough to bury its busy ring road deep underground. Now the Germans have to ship the monster 15.2-meter machine to Spain, put it all together and start tunneling. The schedule is a killer. Assemble the hundreds of thousands of parts to exacting standards in only seven weeks. There’s a major complication -- a huge culture clash between the super-efficient German chief mechanic and the Spanish construction workers he’s depending on to get finished in time. Plus, the whole German team is intimidated by the super-power of their untested mega-machine.
1628402400 2021 08 08 2 00
200a

A team of the toughest construction workers in the world has taken on the building of the biggest concrete arch bridge in North America -- right next to the famous Hoover Dam. The job description is death-defying: blast huge foundations out of sheer rock cliffs in the scorching desert heat, swing from cables in high winds, and work with risky new crane technology that’s never been tried before. Only the bravest need apply.
1628406000 2021 08 08 3 00
300a

An international team of the best construction engineers on the planet are building the world's tallest skyscraper in the United Arab Emirate city of Dubai. At close to three quarters of a kilometer high, the Burj Dubai's will push these engineer and construction workers wits to the limit as they face the fierce desert heat and wind, making history at stratospheric heights.
1628409600 2021 08 08 4 00
400a

Off the coast of Vancouver Island the airframe of a Boeing 737 will soon begin a new life underwater, as a gigantic artificial reef. The challenge: transport the grounded jet to the sink site, mount it on a custom-made cradle system, and lower it to the bottom of the sea - intact. Team leaders Howard Robins and Peter Luckham are in for the ride of their lives. Miscalculation at any point could send their mega-project crashing down into a twisted pile of metal.
1629003600 2021 08 15 1 00
100a

It’s so massive it’s come to be known as the Bangkok Mega-Bridge – and it hasn’t even been built yet. In Thailand, a crack team of engineers and builders have come together from around the world to raise Asia’s largest double-span bridge. And – if they can come in on schedule - they’ll set the record for the fastest build of a stay cable bridge of its size anywhere in the world.
1629007200 2021 08 15 2 00
200a

At Six Flags Magic Mountain just north of LA the worlds longest, fastest and tallest Flying Roller Coaster is under construction. Park Operations Manager Tim Burkhart has just 6 months to get the 17th coaster at his thrill park open for the busiest part of the season – Spring Break 2007.
1629010800 2021 08 15 3 00
300a

Raising the Roof (aka Rio Stadium)

A new iconic stadium rises in Rio De Janeiro. The futuristic Joao Havelange Olympic Stadium will be the main venue for the 2007 Pan Am Games. It’s most striking design feature is a complicated 3300 ton floating roof covering the 40 000 seat complex. The challenge: build a futuristic arch system to support the roof from above, then remove the temporary supports to leave the roof seemingly suspended in mid-air. Team leaders Claudio Casares and Sancho Montandon take over a struggling project already over budget and months behind schedule. They must raise the roof in time, or the Pan Am Games may not get off the ground.
1629014400 2021 08 15 4 00
400a

The Big Lift (aka Stonecutter's Bridge)

In a city known for building big, Hong Kong is about to set the standard for bridges around the world. But it’s not just its massive 300 metre towers or 1 kilometre span across open water that will set Stonecutters Bridge apart from other bridges. It’s also going to be the site for the biggest “heavy lift” ever attempted on a bridge of its height. It’s a challenge that’s brought a team of the top bridge builders in the world to Hong Kong and given them a shot at making bridge building history.
1629018000 2021 08 15 5 00
500a

On the resort island of Tenerife, just off the coast of North Africa, a small army of designers and labourers are building what will be the largest man-made surfing wave in history - and one of the most ambitious waterparks ever conceived. But first they have to figure out how to meet the wave machine’s exacting standards on an island better know for its “manana” attitude. Throw in a fire, the tail end of a hurricane, and a seemingly never-ending series of construction snafus, and you’ve got a recipe for disaster as they race for the record books, and the biggest wave ever created by machine.